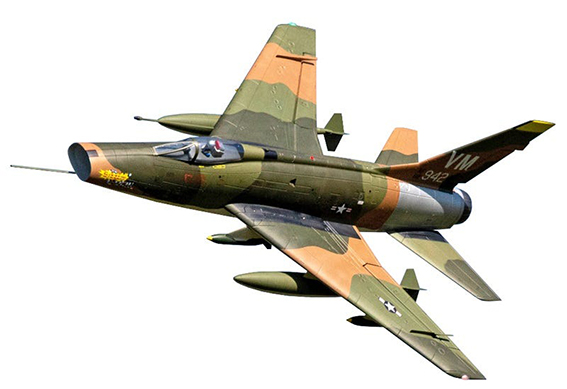 The superbly scale detailed F-100D Super Sabre EDF RC Jet has been designed by multiple Top Gun Champion David Ribbe who put blood, sweat and tears into the design of this jet classic. Combining brilliant flight performance with attention to scale detail you won’t be disappointed gunning this one in a fly-by at your local field. 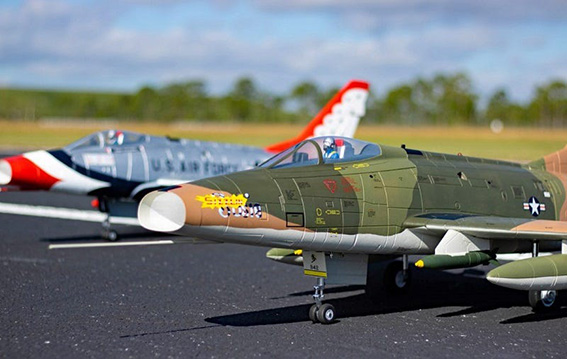 The iconic F-100D is the first of the USAF’s legendary “Century Series” fighters that ushered in the era of supersonic military aircraft. The F-100, also known as “the Hun,” served in a variety of roles including air-to-air fighter, attack fighter and also served on several demonstration teams.

Designed by multi-time Top Gun Champion David Ribbe, the model F-100D is brought to life in a convenient, yet uncompromised package. David spent countless hours on every detail, from the complicated aerodynamics of the intake and tail pipe, to the smallest of scale markings, not only to provide scale realism, but also incredible flight performance.

With two colour scheme options available, you can emulate your favourite Thunderbird, or take your camouflaged F-100D back to that bombing mission in Vietnam. Both trim scheme variants include premium water slide decals so you can customize your F-100D with various squadron variants or select your favourite Thunderbird to represent. All other common decals come applied at the factory.

The Aura 8 Advanced Flight Control System comes programmed and installed in the F-100D, making setup a breeze. This highly-refined 3-axis gyro makes the F-100 fly like it is a larger aircraft and in less wind. Thanks to the Aura’s advanced implementation, it not only enhances the flying experience, but it never interferes with the Pilot’s control.

These features combine to offer a jet that carries energy, flies big and performs more like a large turbine jet than a typical foam EDF. Want a scale EDF experience like no other? The Flex Innovations F-100D is the ticket to uncompromised scale EDF performance. 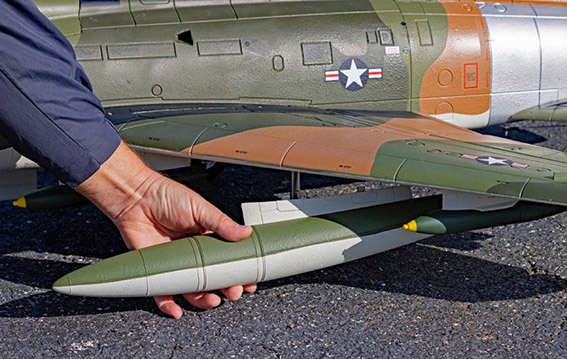 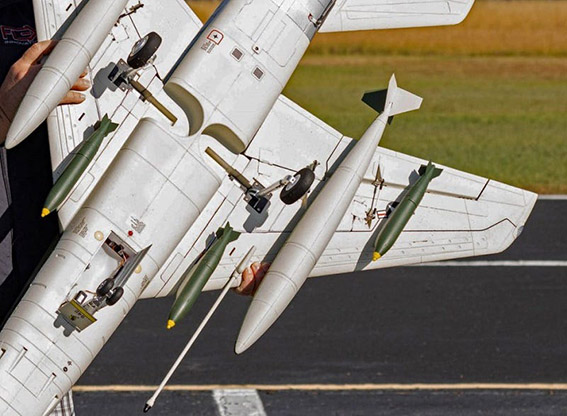 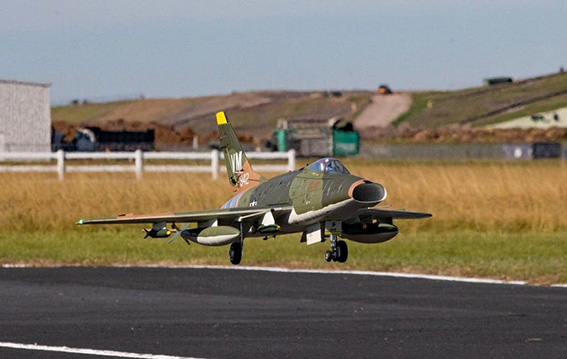